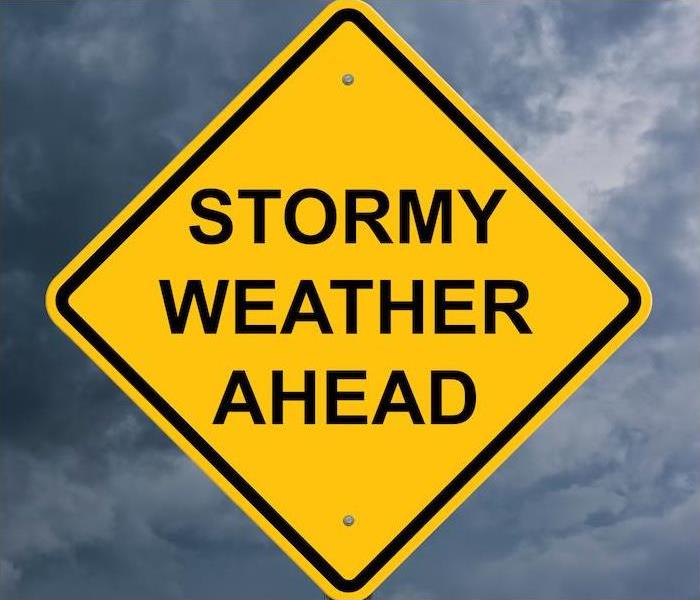 When storms do damage, we go to work to make things right. Contact SERVPRO of St. Joseph to start the restoration process.

We all made it through 2020, and after a year like that, this is something to be celebrated! 2020 brought some of the most record-setting weather disasters. Of all the years in history for which we have data, 2020 was the most financially destructive.

Disasters are defined as events that cause at least a billion dollars in damages! And in 2020, we saw 22 of these severe weather disasters, 14 of which were from severe thunderstorms. The season was so active that the NWS had to refer to the Greek alphabet just to name all of the storms that came our way.

Hurricanes have always been known as one of nature’s most powerful storms, but even still, the severe storms are starting to catch up. In fact, the most expensive disasters of 2020 in the contiguous United States were thunderstorms and tornadoes.

In 2020, we had 22 official weather disasters, and 14 of these were severe thunderstorms, some of which produced tornadoes. Thunderstorms become severe when there’s a chance of hail and strong winds, and while we hear it often, we seem to forget just how quickly it can change.

Eastern Nebraska knows how quickly it can change because in August 2020, there seemed to be a typical line of thunderstorms that exploded into something called a derecho (think of something like a tornado, but with straight-line winds instead of swirling ones, combined with a heavy thunderstorm). This potent storm destroyed more than 10 million acres of corn fields, almost half the state’s corn crop—that’s over 11% of the entire country’s corn fields.

In St. Joseph, we know how severe and dangerous tornadoes can be! The last major ER-2 tornado happened in 2017 and left a small community in pieces.

Severe weather is steadily climbing to catch up with the financial burdens of hurricanes! 2020 was the 10th consecutive year with at least eight billion-dollar disasters.

Thunderstorms can become severe and disastrous in a matter of only minutes, so as a home or business owner, it’s essential to take whatever precautions are possible to minimize damage to your property and take care of your loved ones.

Like the year 2020, we know that drama arises and no matter how much you try to prepare, it’s not always going to work in your favor! If you happen to have damage, it’s important to know you’ve got a friend in the restoration industry whose goal it is to recover your valued items and restore your property "Like it never even happened."

When storms do damage, we go to work to make things right. Contact SERVPRO today to see how we can help.