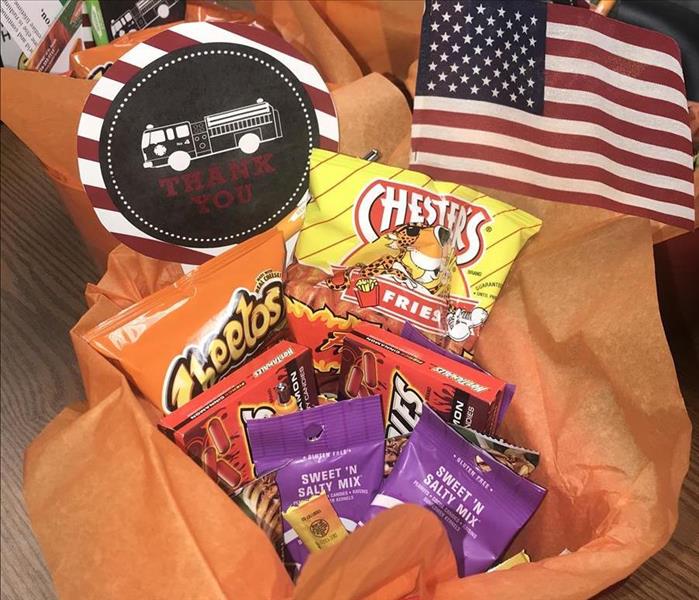 With the 4th of July this week, SERVPRO recognized and showed appreciation for all the firefighters in our area! We brought a basket of treats to each station. We know this is a busy time of year for them due to everyone having fun with fireworks. According to the NFPA...

Our definition of a hero is someone who protects our world and continues to make it a better place. Our hero rushes in when everyone else is rushing out. Our hero sacrifices more daily than most do in an entire lifetime. Thank you to all the firefighters protecting us!